Unlike traditional Christmas lights that use a filament to produce illumination, LED lights are constructed from tiny solid-state chips (diodes) similar to those used in computers to product light.

Semiconductor diodes are used in LEDs which directly converts electricity into light. The effect is called “electroluminescence”.

The LED emits a light when the diode is switched on and the electrons combine with energy. When this happens, it releases light. The colors of LEDs are dependent on the energy gap within the semiconductor. LED lights are usually very small, usually less than a millimeter. Because LEDs don’t use filaments, they last much longer than traditional light bulbs and are not limited to needing a vacuum environment, as within a traditional light bulb. This helps make this a sustainable living product.

Instead, the chips are encapsulated in solid plastic that can be made into a variety of shapes and sizes.

Most premium and commercial led light sets have molded bulbs and sockets that are permanently attached to one another. This keeps the electronics of the bulbs itself from corrosion.

LED lights are long lasting and virtually maintenance free. Up to 7 times longer! Longevity – rated for up to 200,000 hours of use
LED’s are energy efficient using only 10% of the electricity required to power traditional incandescent light sets
In retrospect, LED’s lights use 90% less electricity than incandescent lights which is GOOD NEWS…now you have the ability to plug large numbers of strands end-to-end using only one outlet!
Because LED’s use less electricity they are much cooler to the touch than conventional lights making them safer to use either indoors or out
Vibrant Color
No glass bulbs to break. Not only are these a sustainable living product, but easier for installation due to no breakage of glass and the confidence in knowing you are working with commercial Christmas lights your job just got a lot easier.

LEDs are polarity specific. If a bulb is removed and then turned around and reinserted, it will not work. If several bulbs have fallen out of the socket over time then it is almost impossible to determine which one is in backwards. In these cases, often the entire set will not light.

Rust issues make the best case for a non-replaceable LED because the leads of the LED and the copper wire of the cord are different materials, they are susceptible to rust. If any moisture is introduced into the environment of the bulb either in the form of condensation or actual water, it begins to rust. The rusting process is very fast. In these cases, the bulb will rust and literally fall out of the socket within only a few months. 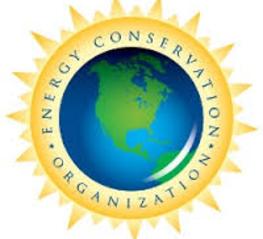 THE NON-REPLACEABLE-SINGLE MOLD CONSTRUCTION LED IS COMPLETELY WATER TIGHT-NO MOISTURE CAN ENTER THE AREA OF THE CONNECTION AND THEREFORE NO RUST CAN OCCUR. 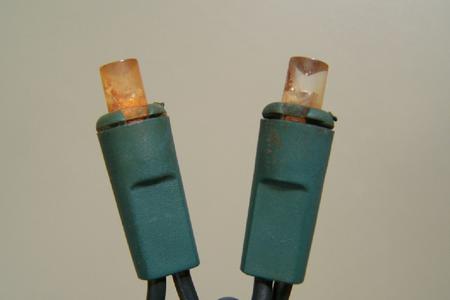 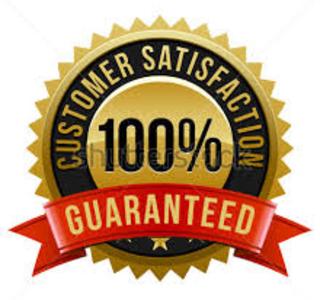 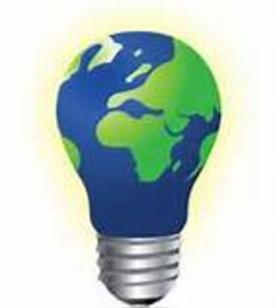 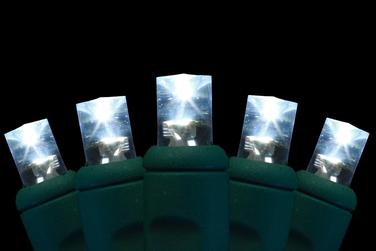 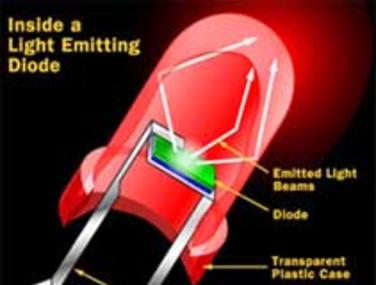